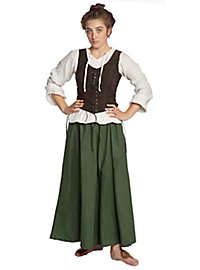 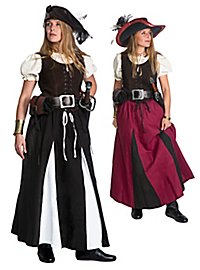 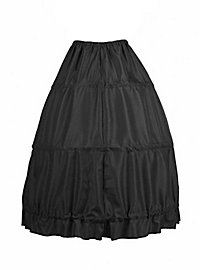 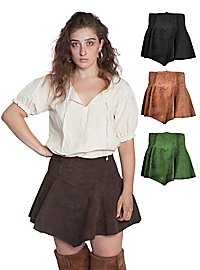 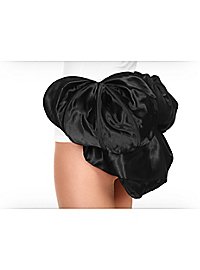 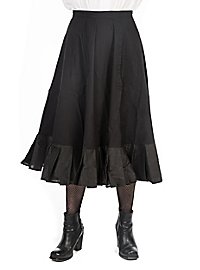 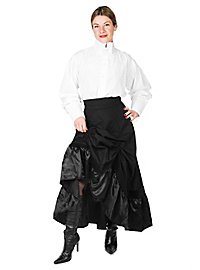 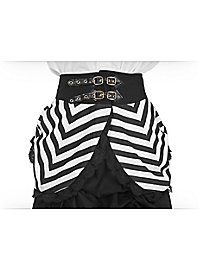 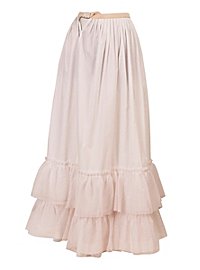 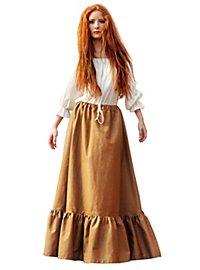 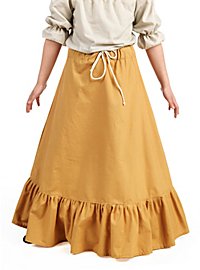 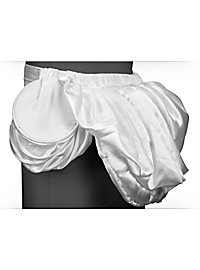 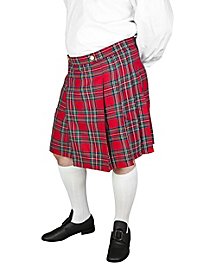 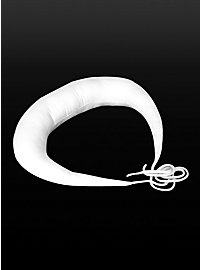 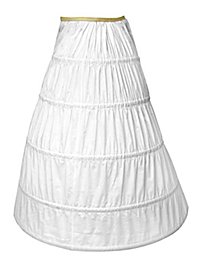 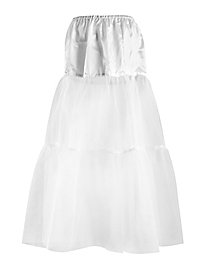 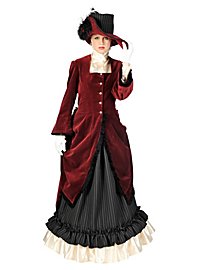 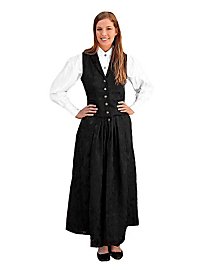 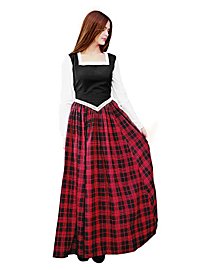 Hoop skirt and medieval skirt for ladies in our Larp-Shop

The historical skirt for Ladies

The history of the medieval skirt is actually short, unlike the skirt itself. In the Middle Ages there were dresses or tunics for ladies. With the start of the Renaissance in the 15th century, when people liked to emphasize the waist with the help of bodices, skirts, so to speak half dresses, were developed. It was simply more practical. The hoop skirt was developed to emphasize the female forms even more and at the same time to keep the male counterpart at a proper distance, hence the name "Virtue Guard". Medieval skirts are versatile in Larp and a common way of dressing. Combined with a blouse, one quickly has a solid basic garment together to represent, for example, a farmer's wife or maid. But also in other epochs than the Middle Ages skirts were worn. For example, in Steampunk Larp, which is generally oriented towards the Victorian era, skirts are a popular accessory for women.

The hoop skirt is an underskirt spread by hoops made of wood, fish bone or spring steel. Depending on form and epoch one differentiates between Verdugado, Farthingale, Panier, Crinoline or Bustle.
Verdugado is a wicker hoop skirt from the 15th century from Spain, first bell-shaped and later conical. In France, the hoop skirt was made in barrel form. The French Farthingale was also worn by Elisabeth I of England. Less wealthy women wore the bum role, a hip cushion. In the middle of the 18th century the Panier came into fashion and later the short Cul de Paris, which were very popular in rococo. These baskets sat right and left on the hip and gave it a partly extreme width. In the middle of the 19th century the hoop skirt came back as an extra wide crinoline. Due to the frequent accidents caused by this rather impractical piece of clothing, the fashion disappeared again quite fast. Instead of the crinoline, the Bustle was used. The Bustle is a padding under the dress and strongly emphasizes the buttock . At the end of the 19th century, however, this aid also went out of fashion. In the middle of the 20th century the petticoat came up with rock'n'roll, a puffed up underskirt. Nowadays these are only worn with wedding dress or ball gown.

Whether Steampunk skirt or Western skirt, for special Larp Events we also have a lot to offer. Victorian skirts, which can be combined wonderfully with petticoats, as well as Western skirts, which are best suited to wear in the saloon, can be found here. We have a short leather skirt as an elf skirt or skirt for pirate Ladies, a long chequered skirt for a highland lady or a two-coloured skirt for the juggler or lansquenet lady.
Many pieces can also be combined well. So to buy a hoop skirt and the matching medieval skirt for ladies you are exactly right here!
back to top
×