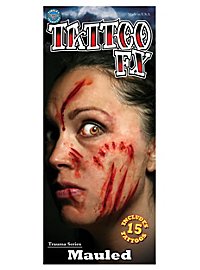 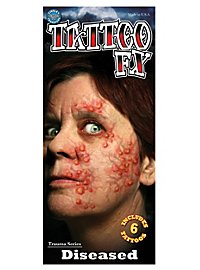 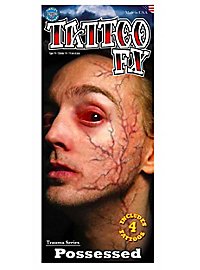 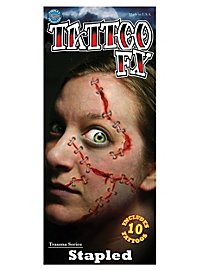 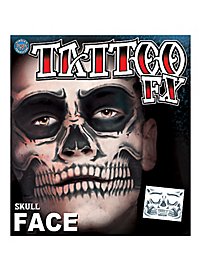 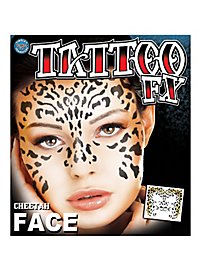 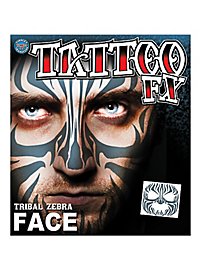 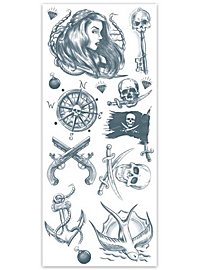 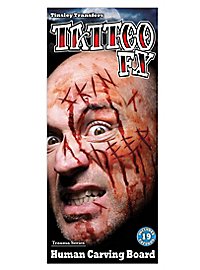 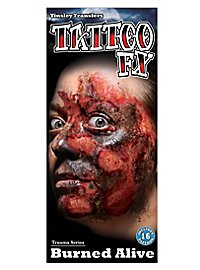 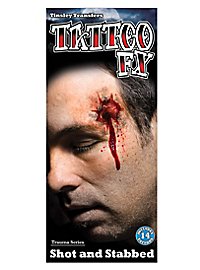 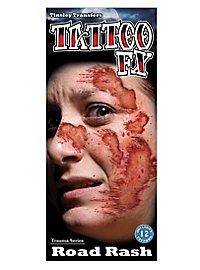 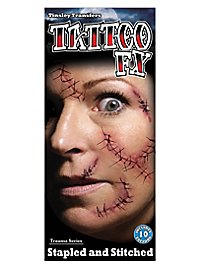 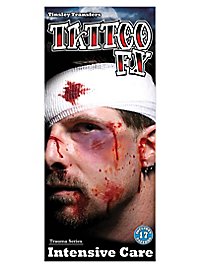 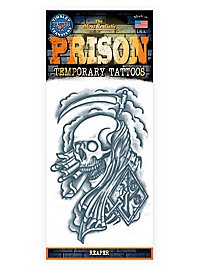 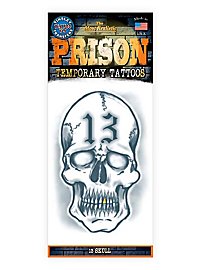 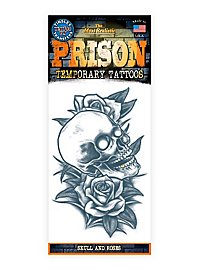 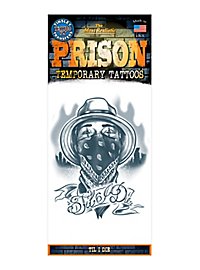 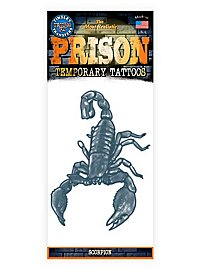 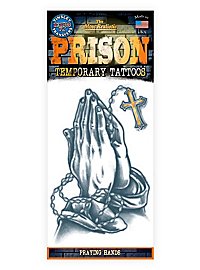 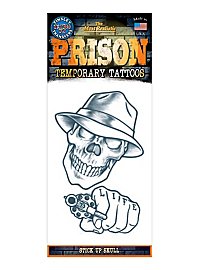 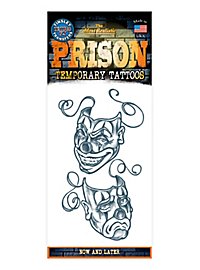 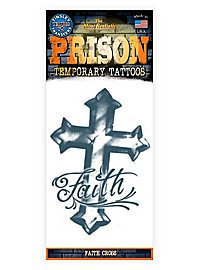 Tattoos to stick on for Larp and Cosplay - Deceptively real!

You don't have any tattoos, but your Larp character would look great with a bit of body art? Then you've come to the right place! Whether you're a tough pirate, ex-con or dangerous gang member, here you'll find a few classic motifs as tattoos to stick on your skin. It's easy as pie. Simply cut to size, pull the foil from the tattoo sheet and press it onto the skin with a damp sponge or cloth. Just wait a little while for the tattoo to come off and voila! You are tattooed!

Tattoos have been with mankind for an incredibly long time. The oldest find of a tattooed person is the Ötzi. An ice mummy from the Alps that is 5300 years old! Even then, seemingly geometric shapes were in: many small lines and crosses and a tattooed bracelet of lines. Even in Antiquity people knew the tattoo. In Egypt, tattoos were diligently pricked, as numerous mummies attest.

Many primitive peoples have ritual tattoos expressing tribal affiliations, ranks, sexual maturity or religious themes. And again and again, tattoos are also the subject of discussion about cultural appropriation, such as the Maori tattoos that were very popular in the West at times. Japanese culture is also known for its opulent tattoos, which often show symbols of Japanese mythology. For a long time, they were the symbol of Yakuza, i.e. Japanese organised crime.

In European , tattoos are a symbol of the Japanese mythology.

In the European Middle Ages, the tattoo was seen unholy from church view, but there were Christian sects such as some crusaders who tattooed the cross on their bodies. Really on a larger scale in Europe, tattoos were introduced by seafarers and were long considered dubious. As in Japan, they were often attributed to criminals. However, maritime symbols are still a very popular tattoo motif today.

Nowadays, the tattoo is actually found everywhere in society. There are countless types, styles and motifs. Here, of course, is only a small selection of tattoo motifs that you can use as a tattoo for a Larp. But applied correctly, they're pretty sure to last for several days. Our Face Adhesive Tattoos are also an impressive effect, providing an extreme transformation.

Wounds as adhesive tattoos for Larp - For painful situations!

However, here at Andracor there are not only adhesive tattoos in the classic sense. You can also simply stick on nasty wounds such as burns, nasty infections and animal bites! This has real advantages in the Larp. It's quick, looks impressively real and comes off quickly with soap. Adhesive wound tattoos are particularly suitable for superficial injuries that have no depth. Areas of use in the Larp can be: Vampire bites and infections caused by plagues, demonic possession that shows itself, spells or injuries in the battle. For larger wounds with depth and lots of blood, we recommend our Latex applications. Here you will also find various woundings of a larger kind. The third way for individual wounds is the use of make-up. Of course, it is also possible and even useful to combine the three techniques.