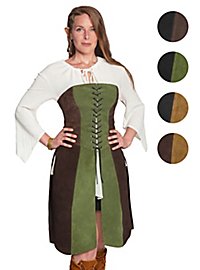 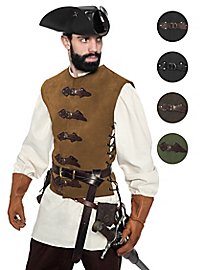 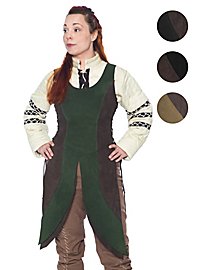 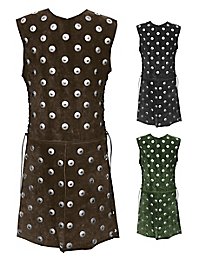 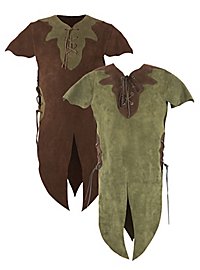 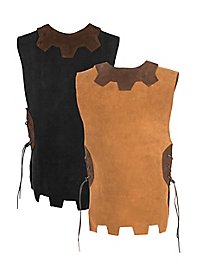 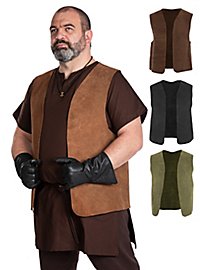 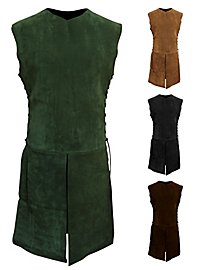 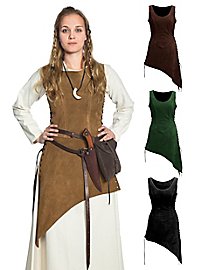 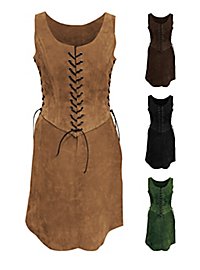 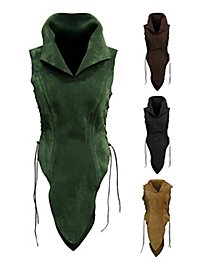 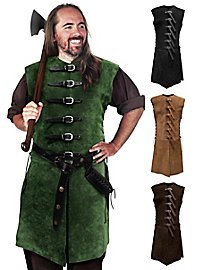 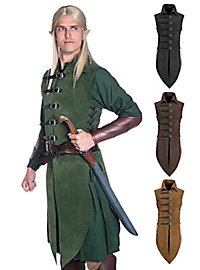 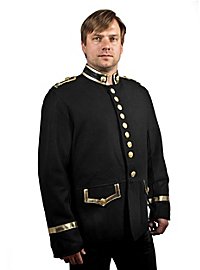 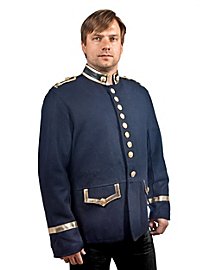 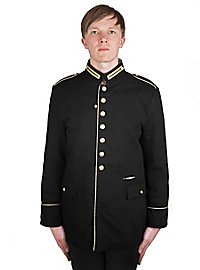 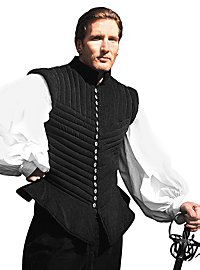 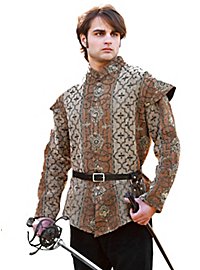 Medieval jacket & medieval jerkin. It depends on the outer layer!

Historical Jackets and Uniforms for Seafarers

Historically, the jacket developed from the jerkin of antiquity and we associate jackets less with the Middle Ages than with modern times. We have many examples of historical jackets and fantasy jackets that appear in the Larp: Western uniform jackets from the American Civil War, sailor jackets for pirates and respectable sailors, or also steampunk coats and the one or other Gothic coat you will find here. So no matter if you want to buy a pirate coat or a western jacket, here at Andracor you will find the right historical jacket.

Medieval jerkin - From History to Fantasy

The medieval jerkin often refers to the padded undergarments of knights and other warriors. Nowadays we often use terms like gambeson or armour jacket to avoid misunderstandings. Among other things, jerkins are characterized historically by their close fit to the body and, like jackets, always represent the 2nd or 3rd layer of clothing. Jerkins were common in fashion from the 15th to the 17th century in various variations, until they were replaced in the Baroque by long vests. The jerkin or doublet was often made of solid fabric and, especially in the early modern period, often made of leather. A decent leather jerkin fits particularly well as a musketeer jerkin or pirate jerkin. Andracor also has a variety of fantasy leather waistcoats for elves or dwarves. An Andrador leather jerkin is handmade in Berlin from vegetable tanned quality leather.

Medieval waistcoats for pirates and noblemen

What we at Andracor understand by medieval vests is pretty much the same as what modern people understand by a waistcoat. A sleeveless garment that fits tightly when closed, but can also be worn open. Usually as a second or third layer of clothing. The length of a medieval waistcoat can vary, for example between very short, oriental vests and knee-length Renaissance vests. The waistcoat is particularly present in modern Larp settings, i.e. rather in the baroque or up to the roaring twenties. But of course there are also Steampunk vests or Gothic vests. Some fantasy characters like for example a dwarf blacksmith or a halfling can also wear a fantasy waistcoat. We also have our own suede leather vests and leather jerkins.